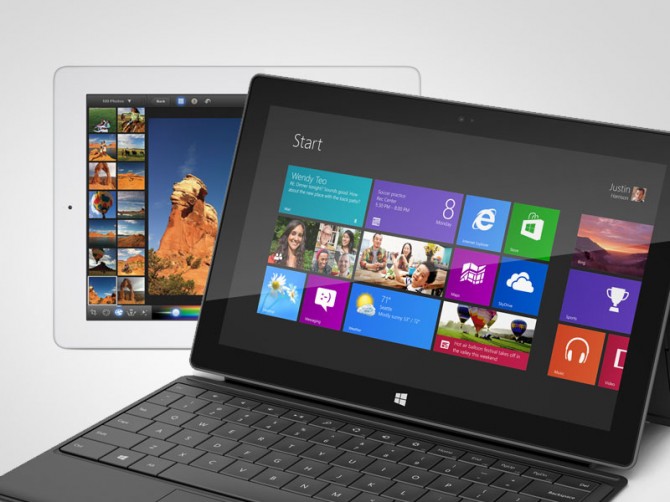 Microsoft is taking the competition head on and seems to be quite optimistic that some, if mot most, of the general public would gladly give up their iPads for a discount at the Microsoft online store. We’re quite serious. Their online Microsoft Store actually has an offer where customers can trade in their iPads and get a minimum $200 gift card that can be used to buy Microsoft’s own tablets – the Surface Pro or RT – or can be redeemed for any other MS product available at the Store. Sounds like a real deal, if you’ve finally reached that stage in your life where your iPad has become worthless. The offer is available for iPads 2, 3 and 4.


It’s remarkable that Microsoft is offering a discount for just the one specific type of tablet. There’s doesn’t seem to be any mention of Android tablets being part of a deal. Does that mean that Microsoft only sees the iPad as a threat to their tablet sales? That would be a bit weird but not altogether untrue. Either way, it’s interesting to know that the company is still riding high on expectations for their Surface Pro and RT devices. I’m curious to know if any of you readers would seriously consider this offer. Please let us know via our comments.

Some of the other available offers include the regular student and military discounts (including those retired) and a few others. Xbox 360 gamers can also avail of special savings on the consoles and bundles and if you’re a collector, Disney INFINITY figures are also available for free with their starter packs.