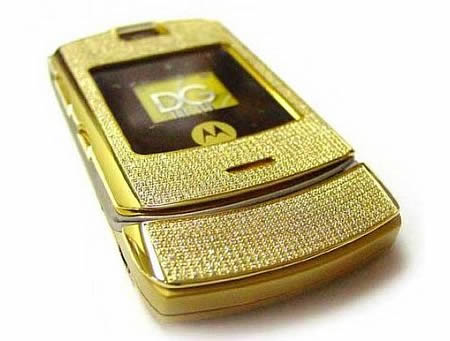 Peter Aloisson the bling king is well known for designing ultra expensive cell phones, his last famed creation was the Diamond Crypto cellphone which sold for a cool 1.3 million dollars and a Diamond studded Motorola KRZR. Targetting a much wider audience the famed designer is out with a Motorola V3i “Stainless Steel Gold” handset which is studded with 855 diamonds weighing in at 3.8 carats. The phone is priced at $10,000.

There is also a plain stainless steel version which goes for a mere $4000. 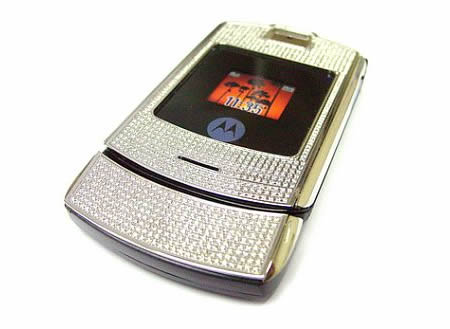 Head here in case you have money to burn.