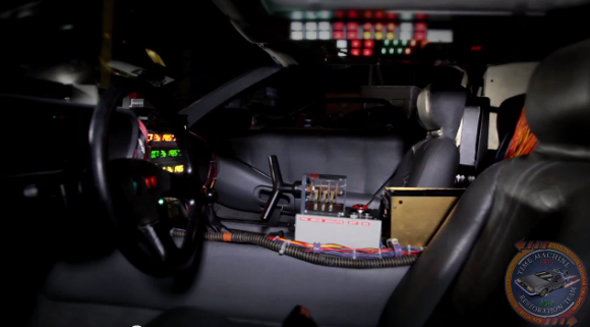 DeLorean time machine flies back into action at Universal Studios

The Back To The Future fan base is never exhausted and Universal Studios in Hollywood know that well. The studios are displaying the famed, lusted and wished-for DeLorean time machine from the three-movie series. Known as the Hero A car, the machine underwent a year of restoration treatments to be presentable once again. The machine was restored by The Time Machine Restoration Team. There’s no sign of the ‘B’ and ‘C’ cars though, as hard-core fans may complain. This is a welcome move for fans who would love to see the car in its full flourish, rather than the theme park attraction that it was for the last two decades.


The credit for this move can be given to a short film promotion by Nike that once again put the car on a pedestal. So are you headed to Hollywood? We don’t know for how long this phenomena would last.