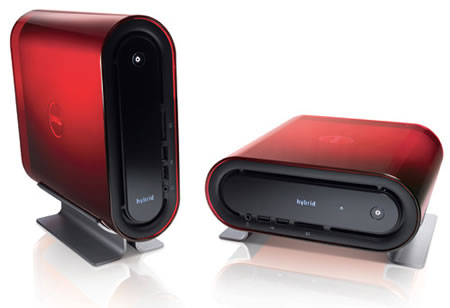 Dell Studio Hybrid claims to be “green” and “eco-friendly” just because it partly uses laptop components like a smaller power supply (65 watts v. 300 watts). Besides its green-notion, it hosts a Blu-ray disc drive as well as HDMI output. Specs also include 1.73GHz dual core processor, 2GB and Vista; It can be configured with a variety of components which could bring it at par with an Eee PC or a home theater. The Dell Studio Hybrid will sell for nifty $500.
Source