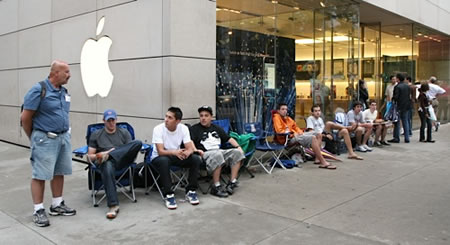 Amazing, isn’t it? We are speculating about the delay in shipment of a fictitious product because of a defective part. But this is Apple where speculation meets conviction and we know for a fact that the iPhone 5 will be announced by Tim Cook on October 4th. But if Taiwanese website Digitimes is to be believed then some of the display panels manufactured by Wintek for the iPhone 5 have a defect and that may delay the initial shipment targets of the latest Jesus phone. Apple aims to ship 25 – 26 million iPhone 5’s in the fourth quarter and with Wintek accounting for 20 – 25% of the display production it surely will face a tough time.
The defect, “delayed bubble”, is difficult to avoid during panel production, particularly when the defect is not detected during the process of laminating touch panels, and only later found during assembly, the sources said. Since the manufacturing process of touch panels used in iPhone 5 is of the same as that for iPhone 4, Wintek is expected to remedy the defect quickly, the sources indicated.
[Digitimes]