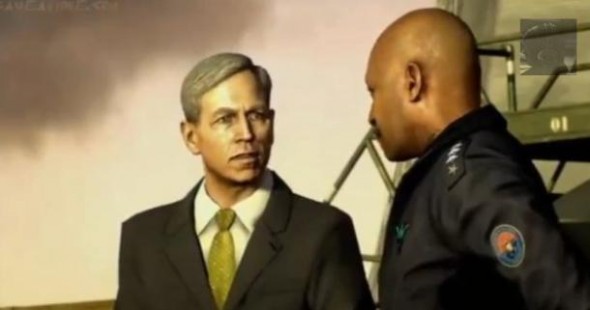 It’s barely been a while since we heard about the resignation of the Secretary of Defense, Petraeus, owing to an adultery scandal. However, he is back in the limelight, but not in physical being. The man himself sees his digital rendition in the much anticipated Call of Duty Black Ops 2 game. It’s year 2005 and one sees the Petraeus greeting troops aboard U.S.S. Barack Obama. The addition of his name in the game did come well before his unfortunate resignation from office. We bet you’ve got ample questions swarming in your mind now. A statement by the makers can be found after the jump. Bet that should clear some doubts.


‘General Petraeus was not paid, was not involved in the creation of the game, and has not been asked to endorse the game. Call of Duty: Black Ops 2 and its fictional storylines are aimed at providing fun and enjoyment. It is clear to game players that his character and others that are based on real-life figures are fantasy. Including Gen. Petraeus and other real-life figures was strictly a creative decision made many months ago when the storyline was drafted. We are not commenting further on the latest news or Gen. Petraeus. His service to his country and career accomplishments are a matter of public record.’