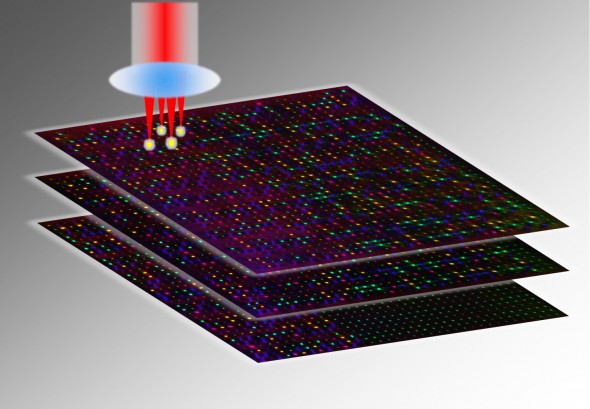 Comics, movies, Sci-Fi TV shows have often inspired today’s technology junkies to create and innovate. It’s also possible that some tech showcased in movies just might have been inspired by work-in-progress concepts. In quite a few sci-fi movies we’ve seen glass used as a medium of storage or as tablets without any actual components. Superman’s crystals in his Fortress of Solitude hold vast amounts of data about his home world and now, thanks to ORC researcher Jingyu Zhang together with Eindhoven University of Technology, storing actual data on specialised glass has become a reality.


It’s even been dubbed ‘Superman’ memory crystal and is a concept that will work in pretty much the same way as Kal-El’s does on, it might not necessarily look as cool. With the use of nanostructured glass, researchers have successfully been able to record and retrieve data stored using ultrafast, femtosecond laser, producing extremely short and intense pulses of light. It’s stored in a 5D form i.e. the size and orientation as well as three dimensional positions of the nanostructures. This allows for so much more data to be stored pretty much forever. Plus the added function of the glass is the ability to withstand thermal stability up to 1000°C. It might not necessarily be indestructible but it’s absolutely durable. Files can be written in 3 layers comprising of nanostructured dots separated by five micrometres and could be read by a combination of optical microscope and a polariser, similar to that found in Polaroid sunglasses.

Jingyu said in a statement that the idea was to build a better form of portable memory one that was more stable than what we’ve got today and safer too. This would benefit organisations that need to back up data into archives and ensure that it endures. This almost certainly be extremely handy for museums who have an overload of data that would need digitizing in order to survive for future generations. Think of Vox (Time Machine, 2002), the holographic librarian teaching children in the future all about the history of the world.