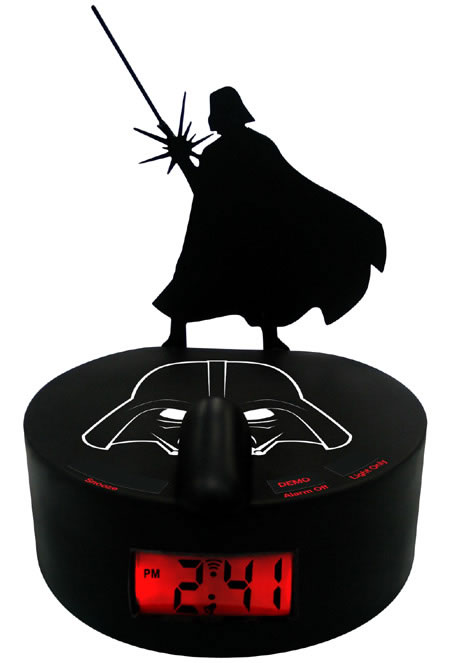 With all the Star Wars accessories, collectibles and devices we’ve seen, there’s barely been one as outrageous as the Darth Vader Shadow alarm clock. It appears to be a simple alarm clock but when it goes off, it casts the horrifying shadow of Darth Vader on the back wall of the room, scaring the crap out of you. It uses a projection technique to do the same. There’s nothing like any Paranormal Activity trick being staged here.

It is battery operated and has a snooze button too. It may feel like telling Darth Vader to come back later, you need those precious 5 minutes more. It costs $27.