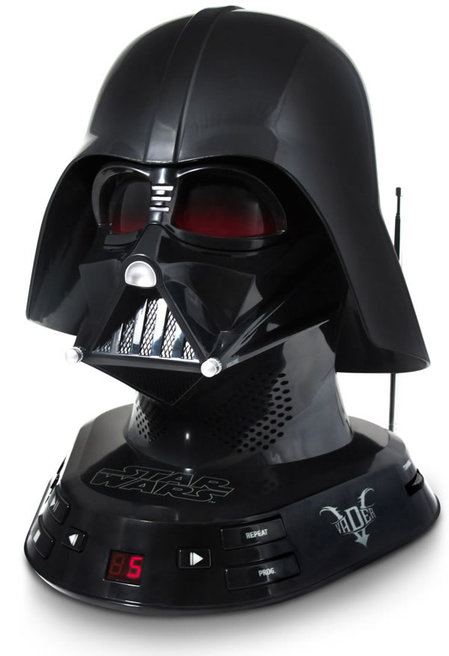 Darth Vader makes a comeback as a CD Boombox

A Darth Vader sitting on your table is bound to make for interesting conversation. On the other hand, a Darth Vader “CD Boombox” with red LED eyes which light up will bring much amazed admiration. This CD player comes with built-in speakers, and while it doesn’t have built-in MP3 playback, you can connect your media player and use the Darth’s speakers. Not that Darth Vader would be terribly impressed. Can you imagine him saying, “”I find the lack of MP3 playback disturbing”? The antenna sticking out behind his dark helmet confirms a built-in FM radio functionality.

While we have no news on availability, it is expected to retail for $69.99. We think it’s rather cool, but will leave it to the many Star Warriors out there to decide its fate.
[TechnoBob]