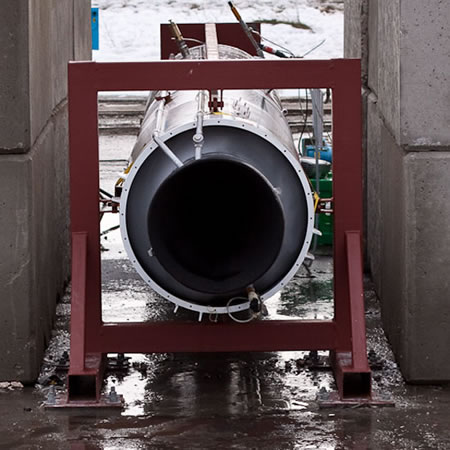 Whenever you might have fancied going on the moon, the scenery would normally include a lot of other people on your rocket or spaceship. But what if you were given a choice to go all by yourself in a one-seater rocket? The sound of this might make you feel that I am probably having delusions. No, I am not. Here comes the Heat-1X, the rocket built by Danish nonprofit Copenhagen Suborbitals and can carry just one person aboard.

One thing that had a jaw-dropping effect on me is the fact that it just took $69,000 to make this one. If you were to really think, this is hell lot cheaper than a plethora of those jazzy convertibles on earth. The makers have already demonstrated that this could really fly and there is going to be a hair dryer like apparatus to provide the heat inside the rocket. The demonstration wasn’t exactly bang-on. There were a few cracks like the rocket didn’t go too far into the sky. As reported this one toured only 2 kilometers as against the target of 14 Km. Ouch! But I still have a very good feeling about this one. Will it be too whimsical to have a rocket besides your coupe in the driveway?
[Cnet]