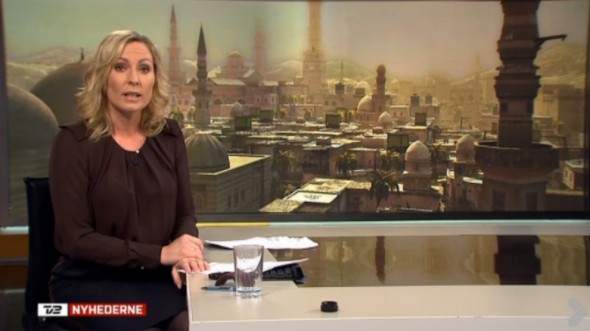 Ignorance is bliss and when you follow that motto is when you put up a screen grab of Assassin’s Creed as the skyline of war torn Damascus.
One of the TV channel’s employees had found the image online and thought it was a photo of Damascus’ skyline.
[TV2 Head of News Jacob] Nybroe says it was a terrible mistake and a “reminder to us all of the importance of verifying the sources of pictures.”
We shall wait anxiously for them to show a shot from Call of Duty as Alleppo.