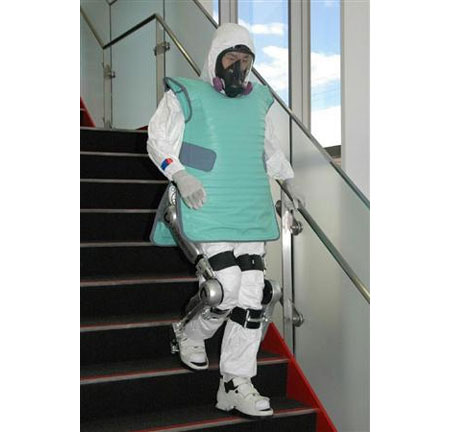 HAL Exoskeleton from the ironically named company Cyberdyne has been upgraded to handle radioactive substances. Daihatsu ventures the parent company of Cyberdyne claims that the suit will reduce the radiation exposure by almost half. Tungsten is one of the wearable materials that can shield radiation however a suit made from tungsten can weigh almost 132 pounds. This is where the HAL exoskeleton comes into picture, when used in conjunction with the Tungsten suit an average person can move around for a staggering 60 kilometers wearing the heavy suit. TEPCO the company which operated the ill fated Fukushima Daiichi reactor will be leasing these robotic suits for 3 million Yen ($ 38,500) for a year.