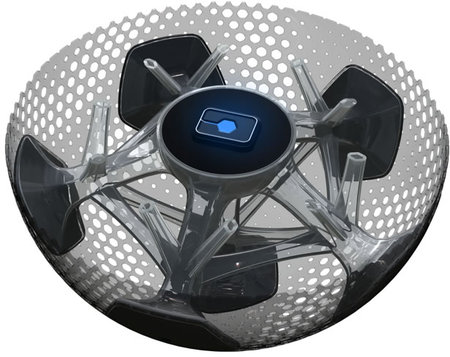 Not sure how well this will go down with the super-power referee’s on a football pitch, but looks like a new TopA tech-enabled ball is expected to reduce referee guesswork’s on the pitch. Ctrus, the new innovative soccer ball designed to slash referee mistakes was the winner of this year’s coveted Red Dot concept award.

Ctrus is a high-tech, see-through, sensor-enabled soccer ball. The hybrid ball comes integrated with an interactive detection system that communicates wirelessly with control stations at the stadium changes its color to display the critical game situations, such as goal, offside, kick force, travel speed and if the ball is over the goal line or outside the field of play, via a GPS/RFID inner light. The soccer ball also has a camera and speed and positioning sensors that would add some statistical heft to the actual movements of the game.
Ctrus, only a concept at this point, does not use air but an inner reinforced elastic structure and an elastomer skin that perfectly simulates a real football. The ball has the potential to radically alter and, we’d argue, improve the game of soccer. And while Ctrus might not eliminate refs altogether it can tamp down on human error. 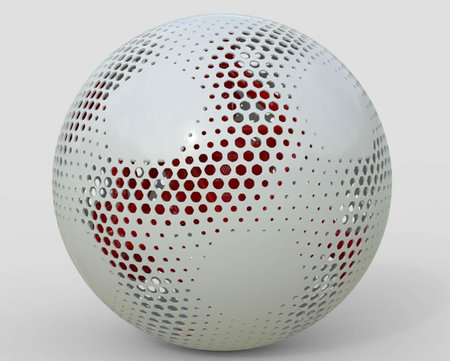