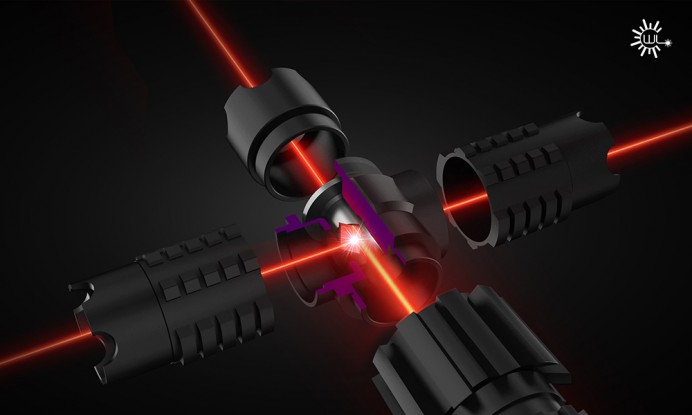 The Star Wars: The Force Awakens trailer did get our tails up into devising a time machine that takes us to the epic release of the movie. Now, to satiate the hunger for another scene from the movie we have a few props and merchandise gradually clawing through a number of studios. Take the Crossguard Lightsaber for instance. It’s as close as one can get to an actual light saber. Armed with some high-powered lasers and resembles the lightsaber in the new trailer. It does not employ the typical ‘three lasers mounted on a hilt’ build, instead, it comes with a laser shooting through a hard anodized aluminum shell until it hits two side-mounted mirrors set at 45 degrees. Ingenious!

The Wicked Lasers Crossguard Lightsaber is currently being 3D printed by the company. It is indeed quite an authentic realization of major Sith fantasy. Fanboys wouldn’t like missing out on the year’s last opportunity to extend their line of collectibles.