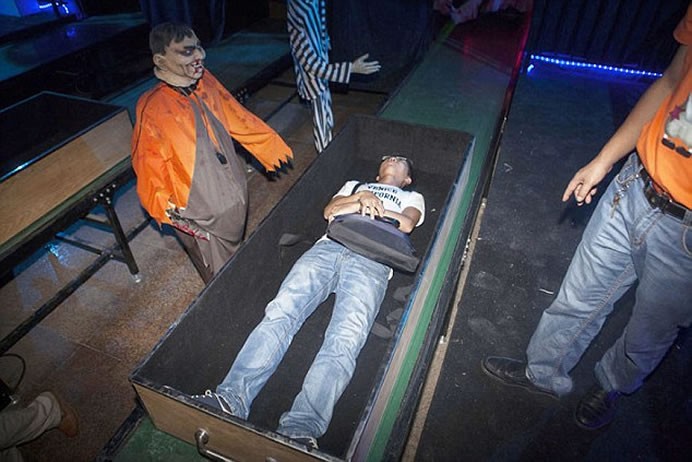 Cremation simulation ride could be the creepiest ever

A Chinese theme park is taking scenario simulation to the next level. If being buried alive wasn’t scary enough, Window of the World in Shenzen, China decided to help people sense the dread of being cremated alive. The ride goes by the name of ‘The Cremator’ and commences in a morgue. You are placed in a wooden coffin and are set to roll towards your final resting place. The next stage is a blast from hot air machines that warm your being to an extent where you’d relate with the pitiful corpses that are subjected to cremation. There’s even a visual simulation of fire but fear not, the temperature does not exceed 40 degrees Celsius.

The Window of the World theme park is inspired by Las Vegas with models of the London Tower Bridge and the Roman Colosseum. The cremation ride could be a nightmare for some but to many it could be an insightful experience, though the insight would be pointless since we would be dead.