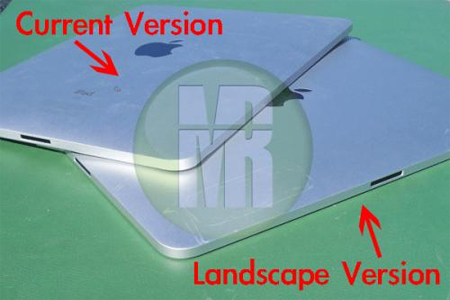 Could we possibly see the next-gen Apple iPad with a side connector as well for landscape? Fingers crossed

One of the many faults one could point out with the ‘Almighty iPad’ is that it can only be docked standing up. That’s alright, I guess. But what if I like using it in landscape? Well Mission Repair seems to have the answer. A photo showcasing a new iPad enclosure was posted and it shows a device with a separate connector port on the side. Now this isn’t an iPad of course but what it could mean is that Apple just might, in their ‘infinite philanthropy’ (there’s a bit of sarcasm thrown in there), add a secondary connector. We still don’t know what the new iPad is going to look like but word on the street is that it’ll be thinner.
Macrumors