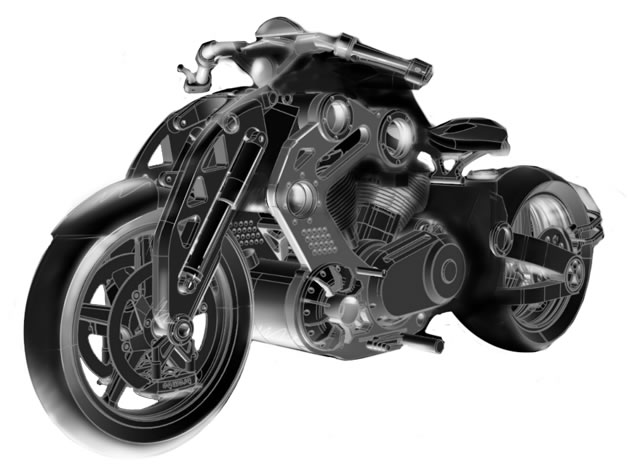 It’s been 72 years since the Japanese fighters attacked Pearl Harbor, an incident etched deep in the nation’s and the world’s history. On the 72nd anniversary of this horrific attack, Confederate Motorcycles revealed its newest bike, the C2 P-51 Fighter. It may be all new and sparkly but maintains the essential points that defined Confiderate’s bikes through the use of aluminum, titanium, stainless steel and carbon fiber. It is the company’s first pair of wheels to roll out under the creative influence of former Ducati designer, Pierre Terblanche, who is now the design head. The bike manages to shave of 40 pounds off the previous designs from Confederate, thanks to the billet aluminum casing. A new downdraft injection system “will allow us to have more power and also improve the ergonomics of the motorcycle tremendously,” according to Terblanche.

Only 31 Confederate C2 P-51 Fighters will be built and will be available beginning in the summer of 2014. This could well surpass the $100,000 price barrier.