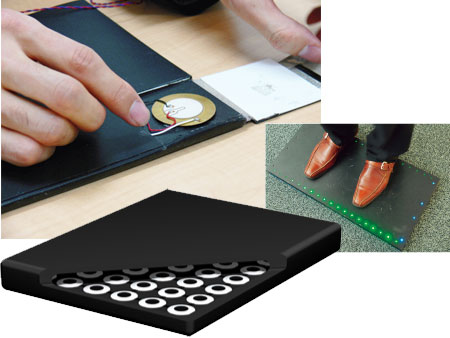 Human powered energy isn’t new as we have seen discos and gyms being powered by the energy exuded by people dancing or working out at such places. The latest to be hit by this green trend is Tokyo’s Shibuya station. Commuters traveling via this station walk over the thin mat that is placed at the ticket gates. This 90-square-centimeter 2.5-centimeter thick or thin piezoelectric mat generates energy as people step all over it. This in turn is used to power an electronic LED board which continuously displays updates of the amount of power generated. Also a small holiday light feeds on this energy to add a bit of green color to the whole setup.

It is estimated that a person weighing 60kg can generate 0.5W by stepping on the panel twice. Though this mat can tolerate mild rains, it isnt 100% water proof….and so it can be placed there all round the year.
Developed by Soundpower Corp., this green mat will be put at Shibuya station till Christmas day only. the company states that anyone can rent it out for JPY 50000.
Via – Greenlaunches