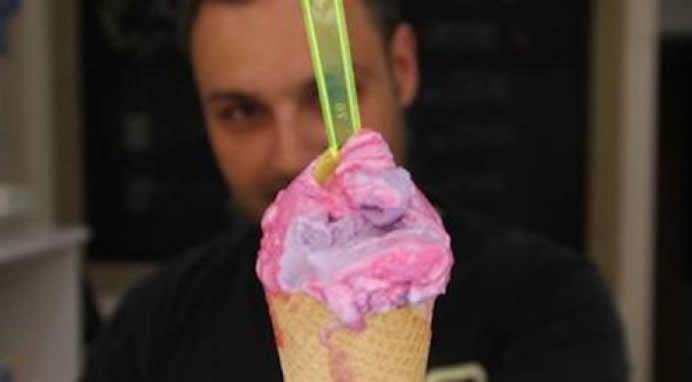 Ice cream, that one food you can never grow out of, something craved by kids and adults alike. Now our age-old icecream is getting a fabulous makeover and not just in terms of new and innovative flavours but the very science has evolved. The word science may seem inappropriate to some since we are talking about ice-creams but thanks to scientist and ice cream aficionado Manuel Linares, we now have an ice cream that changes color when you lick it. S out-of-the-world creation is a lavender blue ice cream, served on a cone and spritzed with a “love elixir” after being scooped. The fruity ice cream turns from baby blue to pink and eventually purple. The ice cream he now calls ”Xamaleón was created in only a weeks time.

Xamaleon changes color due to different temperature changes and varying acidities found in the human mouth. To try it you will have to take a trip to Linares’ ice cream shop in his hometown of Blanes. FYI, it may be a scientists creation but this yummy frozen treat is made with all-natural ingredients. 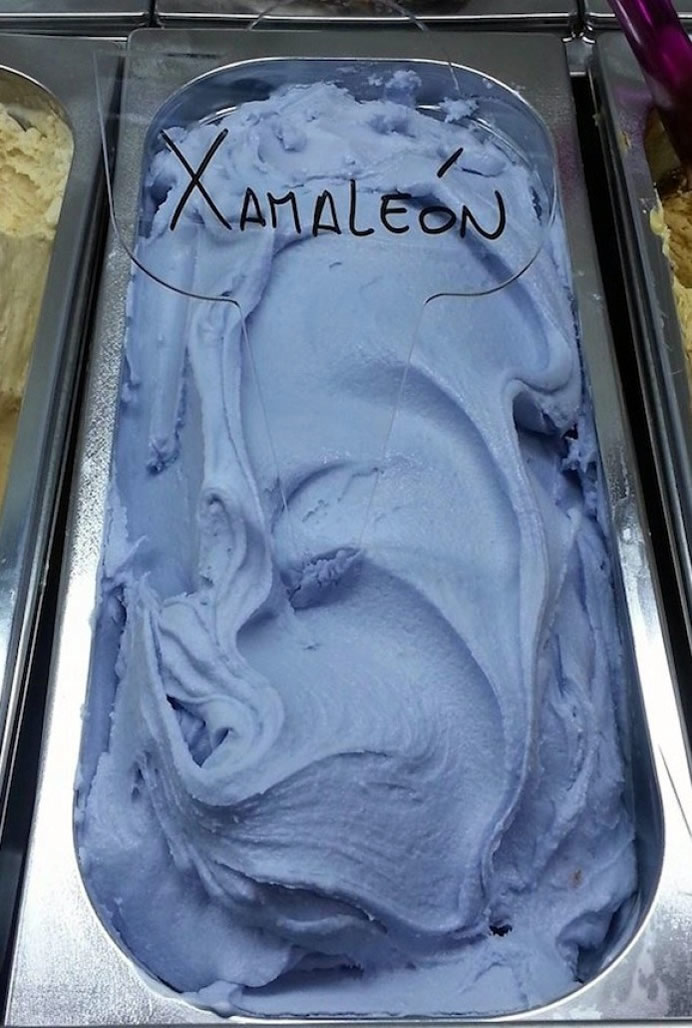