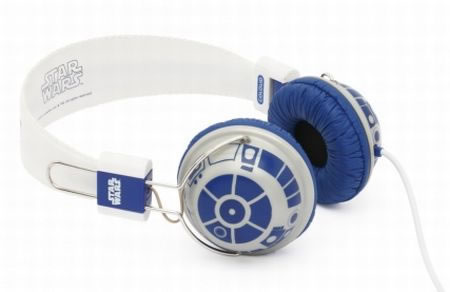 Coloud R2D2 headphones are great for listening to the Star Wars soundtrack, too bad they’re sold out

Here’s some more cool stuff for the Star Wars fans – Coloud has just announced a really cool pair of headphones fashioned to look like the worlds favorite little robot – R2D2. In fact they’ve got a whole Star Wars line of headphones that will also feature headphones with Imperial Stormtroopers, Darth Vader, or an X-Wing fighter on the ear cups. To make things easy and convenient for transport, Coloud has designed these headphones with a foldable hinge so t hey can be neatly tucked away. The headphones are also equipped with a microphone and volume control built into the cable so they can be used with your mobile handset as well or for voice or video calls on your laptop. The Star Wars R2D2 set of headphones are already sold out but are priced at $49.90 (list price). They can be purchased directly from Coloud, if or when they’re back in stock.
[Gearlog]