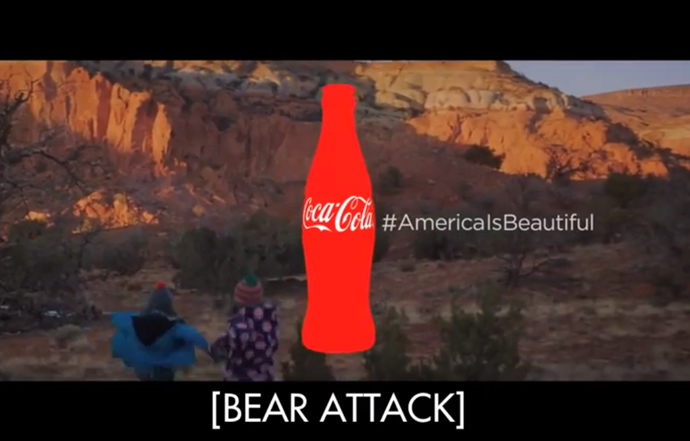 If most of America went into a frenzy with Coca-Cola’s allegedly racist Super Bowl commercial, then there’s no telling to what’s going to happen now! This hilarious (to us) parody goes on to play America The Beautiful in even more languages and these are mostly inarticulate sounds that dolphins make and even sounds from George R. R. Martin’s figment of imagination! So, you can expect the ad to sing out to you in all its leering glory in Dolphin, Dothraki and Klingon. If at all you’re in mood for some anarchy and rebellion as soon as you see the sign language part then it has nothing to do with mocking those who have hearing or speech impediments. Instead, it hints at the fake translator from Nelson Mandela’s memorial service.

So that’s that. We believe that this is quite a novel take on something that went out of proportions into creating controversies that were least justified. (Remember, that’s not actually our national anthem). Do comment on some other cool languages you would like hearing the tune in and may be you could be surprised someday.