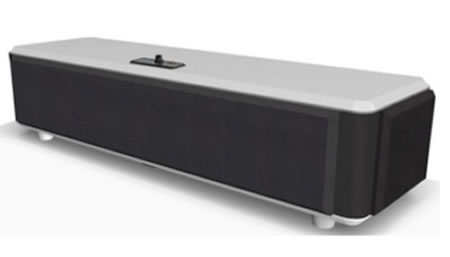 Swiss company Sonic Emotion has partnered with Coby to roll out a cool 3D stereo speaker. It is considered to be the ‘first soundbar on the market that plays 3D sound from simple stereo input’. Or so says the VP of Sonic Emotion. The 3D Audio Soundbar will use field synthesis to create 3D surround sound. The 3D Audio Soundbar is expected to be displayed at CES 2010. So, there’s not much to say for now.
[ITechNews]