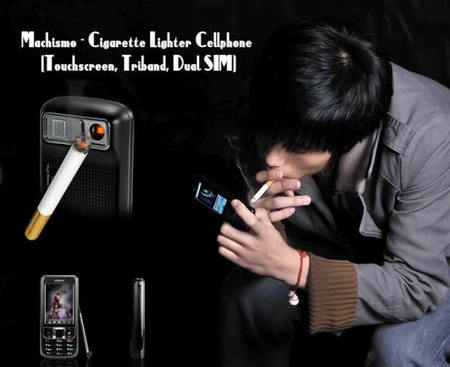 What would you name a phone that also serves as a cigarette lighter? ‘Machismo’, says the Chinese company that actually conjured up such a device. If you feel that it’s just a tin box with buttons then you better think again. It comes with a 2.5 inch touchscreen display and also has a 1.3 mp camera. Now you can have one less thing in your pocket. Think about all the good things you can make with a lighter that doesn’t seem to be one. Also do not forget this one.

It’s also quite affordable. The Cigarette Lighter cell phone costs $68. You will make a spectacle of yourself with this one.
[Intomobile]