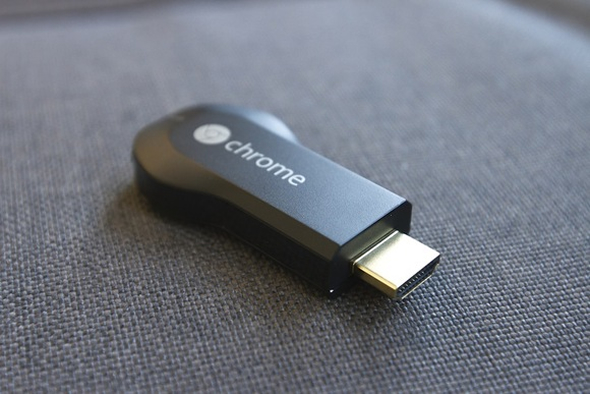 Just a couple of days after Google launched their latest product ‘Chromecast’, GTVhacker researcher has found his way into Root Access to explore more about the device. The day they got their hands on the dongle, they got cracking at it and found a bug during their initial code audit. The hacker who goes by the name ‘CJ Heres (@cj_000)’ developed a secure boot exploit and hopes it’ll help developers explore the platform and build custom software. He found that, contrary to Google’s claim, the Chromecast appears to be more Android than ChromeOS.

According to him, Chromecast is a modification of GoogleTV and the Bionic / Dalvik software has been replaced with a single binary. “So, although it’s not going to let you install an APK or anything, its origins: the bootloader, kernel, init scripts [and] binaries are all from the Google TV,” CJ Heres said. Heres along with researchers Dan Rosenberg and Tom Dwenger will demonstrate their secure boot exploit at the upcoming DEFCON on August 2.