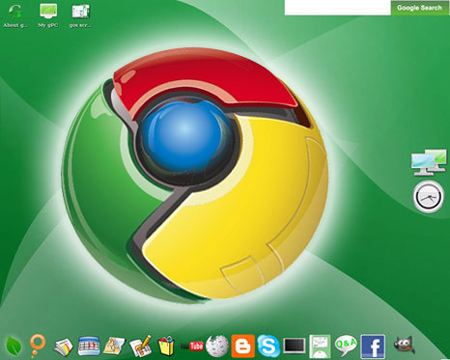 We weren’t ready for this one, though it was permanently perched at the back of our minds that such a revelation was soon to be made. But the announcement of Google’s much awaited Chrome OS notebook has taken us by surprise. It kill-joy is that it will be produced in 65,000 nos. and will be available only for close friends and family of the Google chain. Do not feel disappointed since the privileged few will only get a gist of the beta version of the OS. This method was used by the company for the Nexus S phone as well.

We can expect the notebook to have an Intel Pine Trail processor. The device, in all likelihood, will be manufactured by Taiwanese firm, Inventec.
VentureBeat