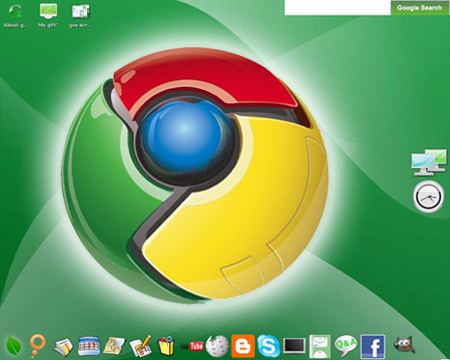 Chrome OS devices to march in by June from Acer

The Computex show in June will most probably be the likely time for Acer to show off the first few devices that will come in with Google Chrome OS. There’s also word that one of the said devices may be a netbook. So far we’re only stuck with some images that even we’re not confident enough of calling as legit ones.

The best thing is that this little news may not take all that long to prove its trueness. June is the date of the Computex event. That’s less than a month to go.
Source