We saw the aweinspiring cloning of Austrian village in China, designed especially for the wonderful citizens to get away from the wrath of pollution. Now, we’re a step closer to seeing something on a smaller scale, in China again! This interesting Transparent Bubble Tent located on the busy commercial street in Chengdu, the capital of Sichuan province, is what folks look at as a getaway. Currently it houses a Chinese girl living inside it for the last two days. This is an offering of sorts, tempting people into adopting alternate means of living, with habitats that are ever different. It offers more room than a regular tent as well as a 360-degree view to the resident and the world outside. We’re hoping that the sun isn’t too strong out there in China, else we would have her in a microwave of sorts.


This cool transparent tent was formerly available only in Europe. A brainchild of a French designer, it holds ample promise for those seeking unconventional means of holidaying and unwinding. It does remind us of this glass capsule though . 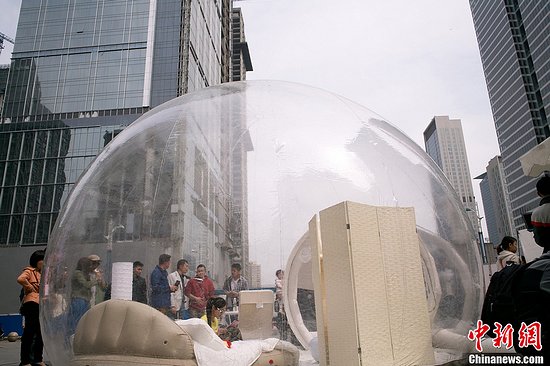 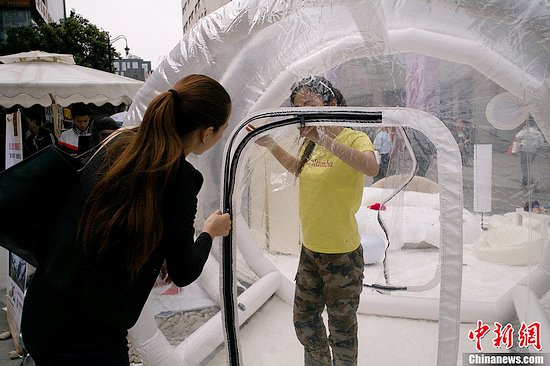 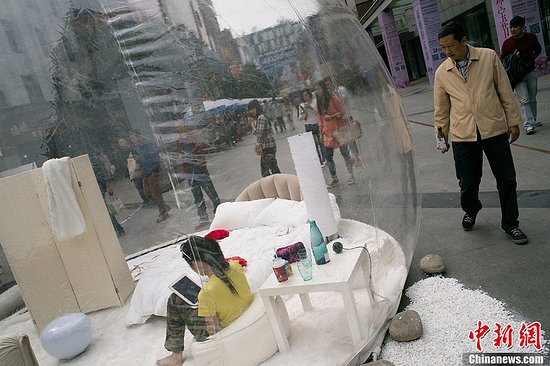