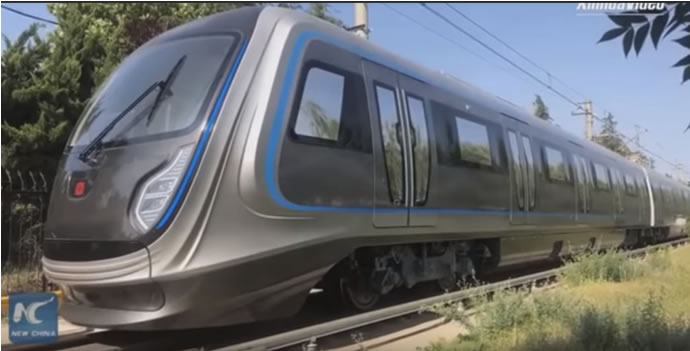 A new carbon fiber Chinese subway train developed by CRRC Qingdao Sifang, consisting of six carriages with cutting-edge carbon fiber technology completed its first trial run in Qingdao, Shandong province last week. Dubbed as the subway train of the future, the Chinese carbon fiber subway train represents the most advanced development of subway train manufacturing and is expected to bring brand-new experiences to passengers. The new generation of subway trains is 13 percent lighter than traditional ones, as carbon fiber composite materials is used in many of its components including the main body, bogie frame, the driver’s cabin and the equipment compartment. 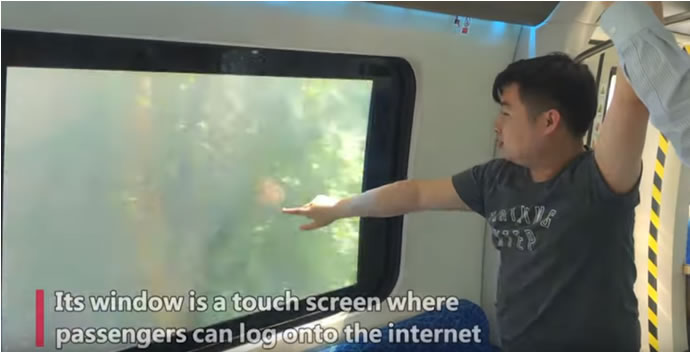 The hauling system uses a silicon carbide inverter and permanent magnet synchronous motor, which helps to reduce its energy consumption by 15 percent. The smart subway train comes with windows acting as touch panels, enabling passengers to surf the internet as well as watch videos and TV programs. The new train employs fully automatic suspension technology for the first time, which can control vibration in an optimum way. The noise within the passenger carriage is reduced by five decibels.

With a top speed of 140 kilometers per hour, much faster than traditional subway trains, it is driven fully automatically. With powerfully intelligent monitoring and warning systems, the new train can realize on-route fault early warning and immediately initiate repair work when needed, compared with planned repair work on traditional subway trains. The new train is more adaptable and can have flexible composition in terms of its carriage numbers, from two to 12 depending on passenger flow.

The new carbon fiber subway train is also able to run in severe conditions, such as extremely hot or cold days, high altitude, small-radius curves and big ramps. The train is expected to undergo track test in the near future, according to CRRC Qingdao. The carbon fiber-made subway would be expensive in the beginning and take some time before its price drops.