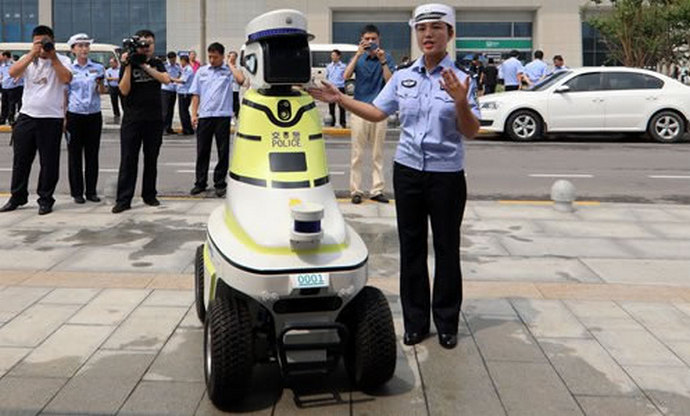 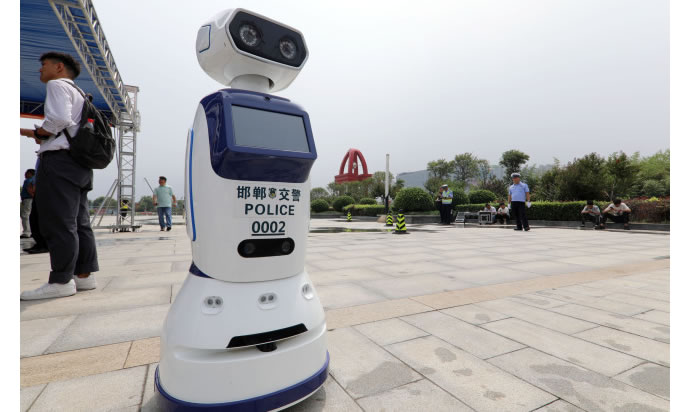 The road patrol robot, which resembles a traffic police officer in a yellow uniform and white hat, can identify drivers and take photos of drivers’ illegal behavior through its automatic navigation system, and remind jaywalkers in Putonghua. 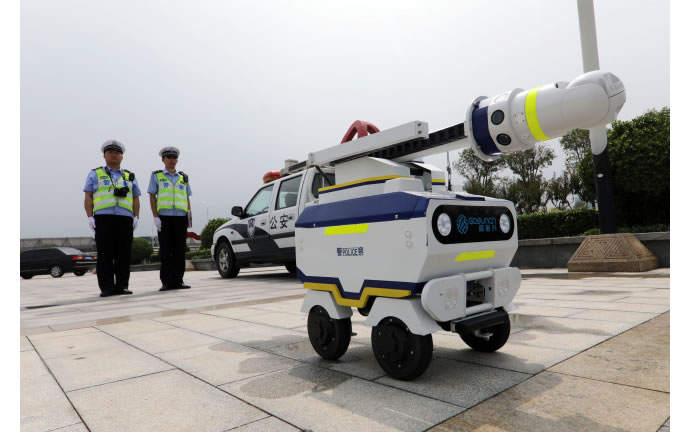 The customer service robot is designed to provide information and answer questions from the public at vehicle registration centers. The robot automatically reports security risks and suspects to police. 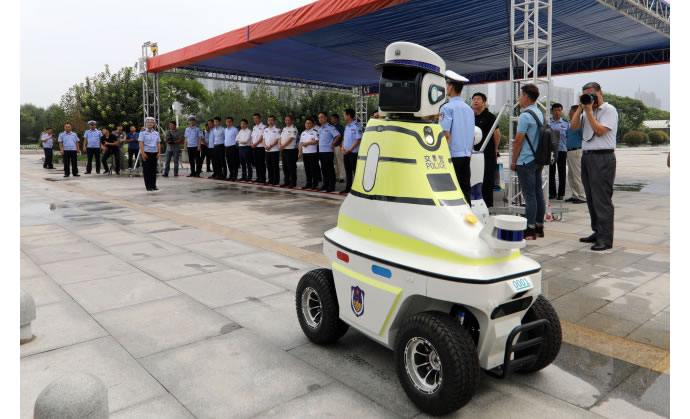 The small, portable, remote-controlled traffic robots can help manage the scene at a road accident by giving visual and audible directions to passing drivers. The robots will have more functions on vehicle management and traffic management, and will be on duty 24/7. In recent years, more high-tech innovations have been applied in the police’s daily work in China.