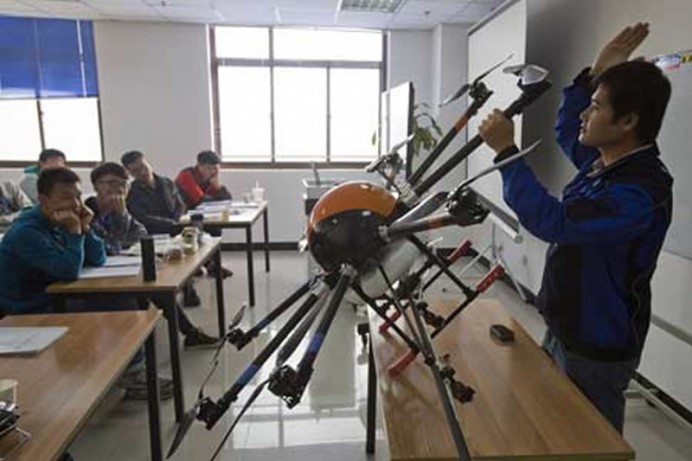 China is the unprecedented leader in drone manufacturing. So it goes without saying that the demand for those who can maneuver these futuristic unmanned vehicles is also high. Drone pilot schools are soon picking momentum in light of the aforementioned need. What’s more interesting is the number of young men who are being drawn to these drone schools. TT Aviation Technology Company is one of the many schools that have opened up in the country to train youngsters to fly drones. The institute offers a 2-week crash course for $1,200. The training involves using simulators as well as real drones to train students. The outcome of this course is generally attainment of a license to operate drones that are heavier than seven kilograms and those that fly above 120 meters.

Pilot jobs may seem to be a lucrative occupation, especially now since there aren’t many drone manufacturers, users and pilots around. However, there may be a surge in the demand for this skillset in the future. It’s a profession as interesting as that of a game tester.