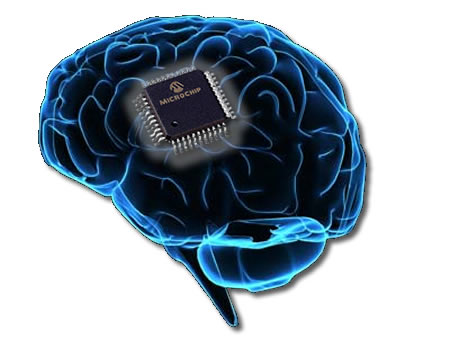 First we hear about IBM working on a system that will reduce the size of micro chip and provide cognitive thinking to ‘computer’ brains which could be just the start of the A.I. revolution. Today it’s Intel’s turn to showcase some more ideas for the future with microchips that put our human brains in charge of computers and other technology. The company estimates that by the year 2020, 10 years from now, consumers will be able to connect directly with their computers and other systems to access information and get work done simply be using their gray matter or brain waves to be more precise. The keyboard and mouse could become obsolete. They also estimate that with these implanted chips we’d even be able to change channels on our TVs and even control our mobile handsets with just mental commands.

Intel’s idea maybe slightly reversed to that of IBM’s but I’m not sure which scares me most. Don’t get me wrong both ideas cater well to my norm of being lazy and I’m all for technological advancement. With IBM’s notion a robot butler is just what I could use, then again, that’s how the whole Matrix fiasco started (Animatrix). With Intel’s I could do all my work without lifting a finger and interface with my computer which seems a bit safer. What do you think? Paranoid much?
[
Computer World]