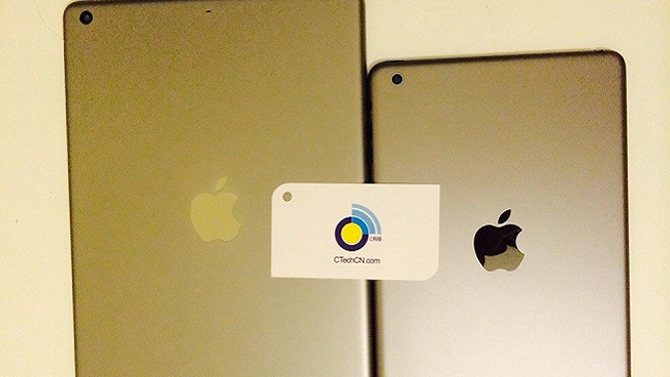 Post Apple’s iPhone launch this year with the addition of the gold colored model, the fans and tech community are waiting with baited breath for the upcoming iPad announcement. And if you think Apple’s not going to have a repeat performance on the larger scaled iPads, at least in terms of color, think again. Leaks of what could be the upcoming tablets from Apple showcase similar (if not the same) color schemes – gold, silver, space gray. Naturally the Champagne Gold edition is going to turn a few heads, but while it might be ok for a smaller device, there’s a slight possibility, a larger device in that color could be a little gauche.


Seeing as Apple does tend to focus on certain uniformity between their devices, seeing these leaked pictures of iPads dressed in similar colors as the iPhones could be more than just a rumor, but more of an inevitability. I’m sure like me, you’re also wondering if the fingerprint scanner will also be part of the new iPad’s specifications, but yes, I think that too could be a possibility, but one I can do without. What I am looking forward too is an iPad Mini with a Retina Display. It’s not going to be too long before we find out for sure so stay tuned to this space for more updates and official announcements.