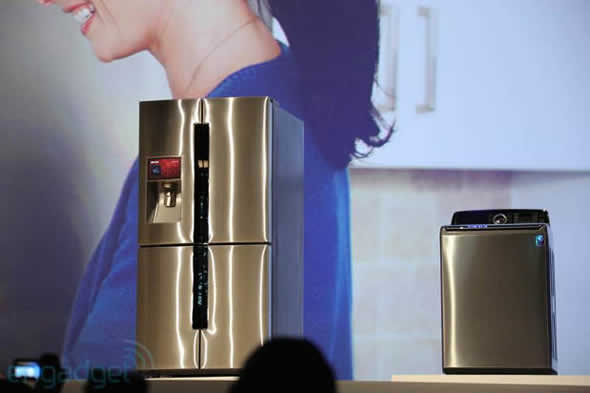 When you think of a 32 cubic-foot, four door refrigerator, you know you’re packing an appetite. Now, Samsung seems to be concentrating its expertise on your geek gut as well, with the T9000 refrigerator. It offers an 8-inch display screen that shows off the Linix-based OS and to top it off, there’s Evernote support included too. This gives gadget-friendly homemakers the opportunity to craft and compile their shopping lists as well as gain access to some snazzy recipes. However, with innovations such as these coming at giant prices, you can expect the benefits not to touch a majority of the world’s households.


Samsung have not yet announced the price or the availability of the LCD version, however, you can ballpark your expected expense with the $4,000 price tag that the non-LCD version of the Samsung T9000 dons.