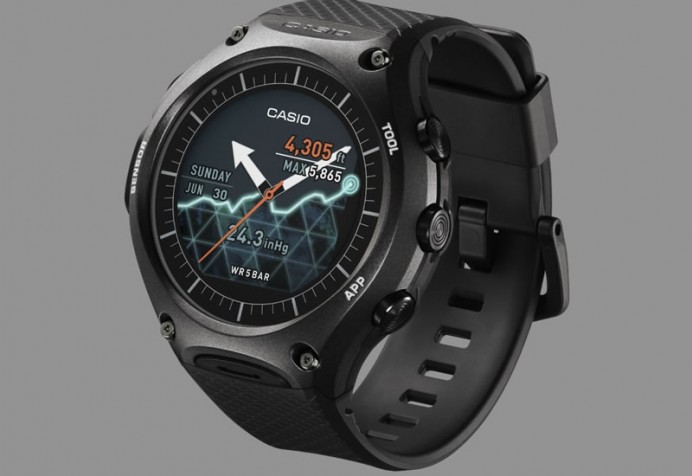 CES 2016: Casio’s first smartwatch is called the WSD-F10, tougher than the G-Shock

If you thought the G-Shock was the ultimate rugged watch from the house of G-Shock then that may well be a myth already. Casio unveiled the WSD-F10 at CES 2016 with separate monochrome and color displays on it. What’s more is that the company’s late but impressive entry into the world of smartphones also brings a number of features to the thoroughfare. Available in green, black and red, the watch is definitely more towards the bulkier side. The tough timepiece can withstand water pressure up to depths of 50 meters, contains a pressure sensor, a compass and an accelerometer for the untamed outdoors. Other than just giving you updates, once paired with your smartphone the Casio WSD-F10 can be used to pair with fishing and hiking specialized maps and apps. The battery does well to juice up completely in just 2 hours and if you turn all the smart features off it could work well for an entire month. 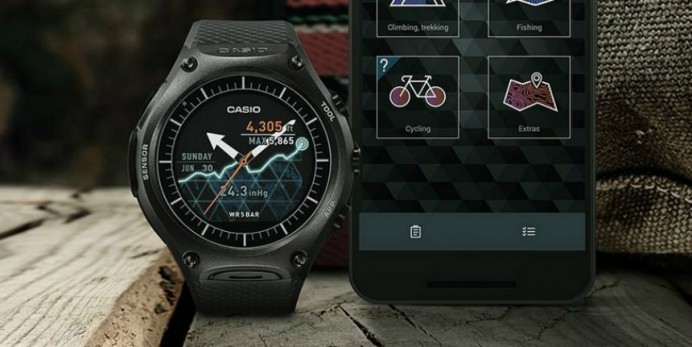 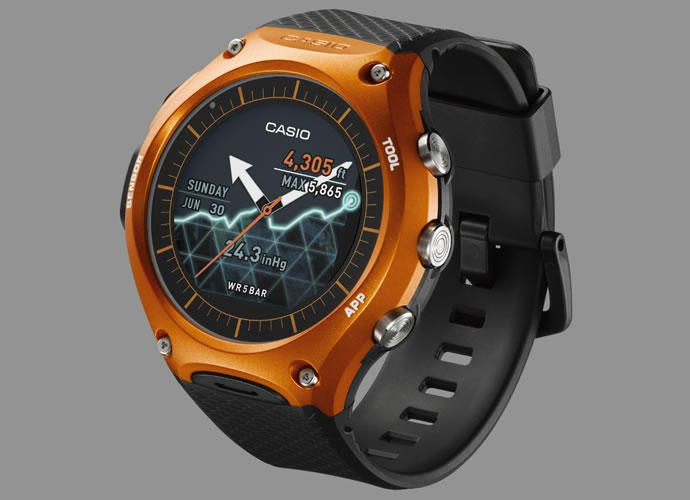