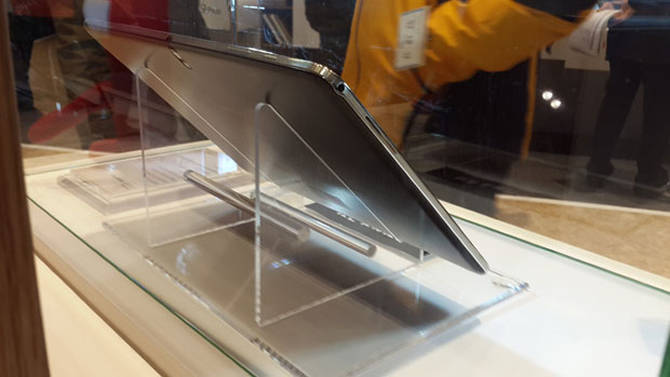 The next big portable thing from the house of Samsung is the Galaxy Note Pro. The device did make its debut in South Korea some days ago and now seems to be the hot favorite to be showcased at CES 2014, next month. ZDNet Korea shed some light on probably features of the device which included a 12.2-inch display screen with resolutions of up to 2560×1600 supported, 2.4GHz processing capabilities, 3GB RAM, Android 4.4 KitKat and a powerful 9500mAh battery to power it all up. Of these, our ears prick up at the sound of that mammoth battery and its capability. It could take a major toll on the weight of the device.

As reported, the Samsung Galaxy Note Pro could weigh about 1.7 pounds and will measure 11.6×14.1 inches and 14.1 inches diagonally. That’s huge! However, someone’s got to give it to Samsung for the confidence they have in their user base swallowing larger tablets.