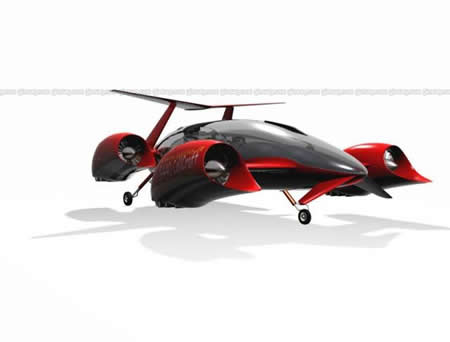 Italian designer Gino d’Ignazio Gizio takes pride in designing vehicles that believe in taking you places pronto. His earlier endeavors, the G420 “flying-sportscar” and the G416ef have found much respect in the past. Though most people rue that flying cars haven’t evolved as much, it’s the spirit of designers like Gino that keeps the hope alive, that pretty soon we will have personal flying cars at our disposal. In this new concept design, Gino has used new materials and employed a new way to set mechanics in the body. The aircraft is powered by two turbines settled independently either one in the nose and the other in the tail compartment. The design uses a seven-seat format (including the pilot) and is based on the quad-turbine Vertical Take Off and Landing (VTOL) design shown in the G416ef. Gino wishes to make the most of the easy access, take-off, landing and hovering abilities of a helicopter, and combine them with the high speed potential, relative safety and stability of regular airplane designs. 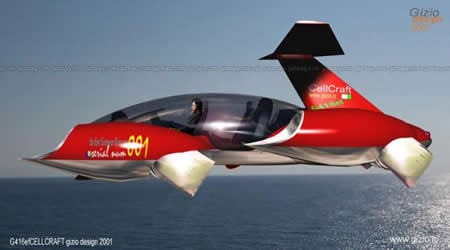 CellCraft G440’s control system features two joysticks mounted to the armrests of the sportscar-like pilot’s seat. The left joystick handles power level control and the right handles tilt and direction. On pressing it forward, the Cell Craft tilts forward from a stable hover and beings moving forward, gradually tilting the thrust tubes until the vehicle is moving forward at a rapid rate. It is possible to tilt the vehicle sideways for lateral movement from a hover, or to steer while in horizontal flight. Although the design of the craft is still on paper, Gino is awaiting proper funding to build a prototype.
Source 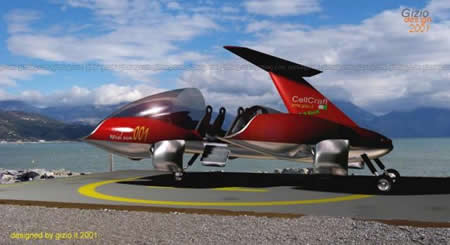 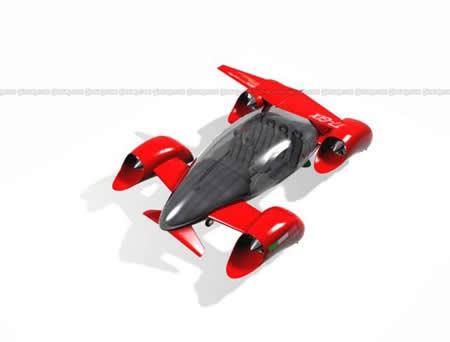