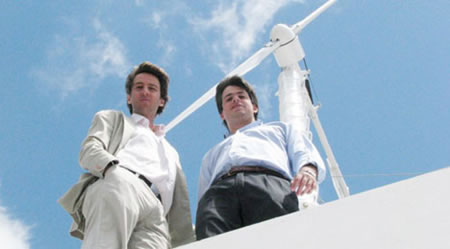 Say Aye to Green Power! And the building Cefira sure knows how to conserve. Taking inspiration from the Wind God Cefrio, this building in Buenos Aires has a generator called IV 4500 which can produce 4,5 kilowatts of electricity; more than sufficient for the building’s common-spaces requirements. Two entrepreneurs Francisco Moreno Ocampo and Franco Tocagni along with Mariani-Perez Maraviglia architecture studio have worked on this eight-story building. Since 80% of each apartment’s walls are glass, it makes it possible for the units to take advantage of solar light as well. There is an isolation system in place that controls the temperature and independent heating control, which many buildings in Buenos Aires don’t have. Common-spaces also have intelligent lighting to avoid waste. Invap created the wind generator.

Apparently the owners of the apartments will receive a manual on how to take care of the environment when they get their units this February.