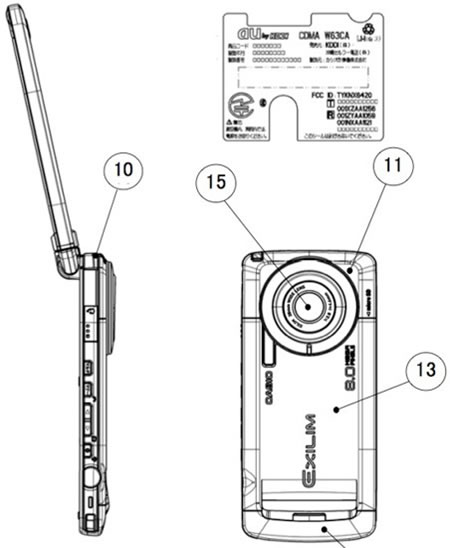 Casio W53CA launched last year was barely known to us since it was meant for the Japanese market. Well a newer version known simply as the Casio Exilim W63CA phone is undergoing tests by the FCC. Although the phone could be just tested for global roaming for the region with no plans for a worldwide launch, it could be on its way to our shore since the Japanese Government is keen on promoting the wallet and other local technologies to the world. This Exilium branded 8 Megapixel camera phones which could be using the omnivision sensor for that extra crispy image could make the Casio brand more prevalent globally as a phone. The Casio W63CA will support 3G and come with a 800 x 480 pixel swivel display like its predecessor. Expect more details from us as and when they appear.
Source