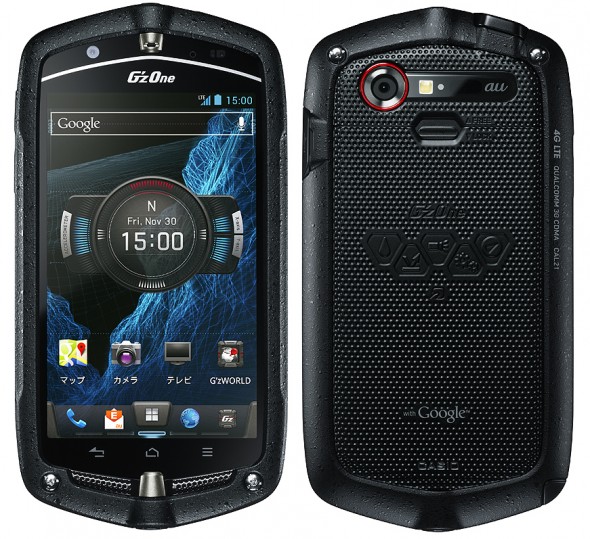 NEC has partnered with Casio for the G’zOne TYPE-L phone. Built like Casio’s G-Shock watches the rugged phone can easily take on the forces of nature and even some hardships that you might throw at it. Running on ICS it packs in 5 sensors – temperature, orientation, acceleration, gyro, and atmospheric. The phone is powered by a dual core 1.5GHz processor, has a 8 megapixel camera, 4.0 inch IPS screen supporting a resolution of 800 × 480 pixels. It offers Wi-Fi, Bluetooth, 3G and 4G connectivity.

The phone will be available on Japan’s KDDi network early next year in red and black.