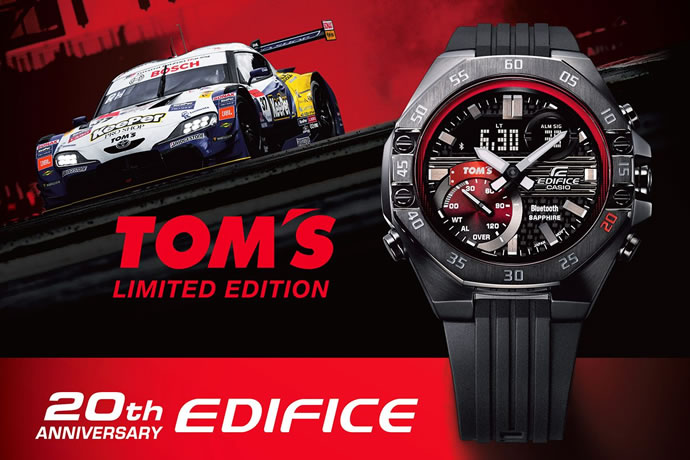 Casio announced today the release of the latest addition to the EDIFICE line of high-performance metal chronographs based on the brand concept of Speed and Intelligence. The new Casio ECB-10TMS is the second collaboration model between EDIFICE, which is marking its 20th anniversary this year, and the TOM’S Racing Team. The ECB-10TMS is designed to meet the demanding needs of TOM’S Racing Team mechanics, with exterior details such as a band that is thicker at the end to make it difficult for the band to slip out of the strap keeper, and scratch-resistant sapphire crystal for the glass. 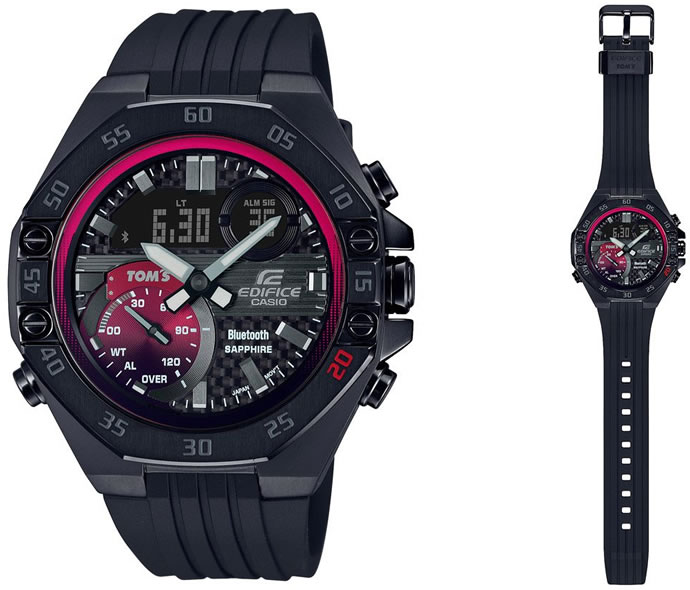 The new ECB-10TMS is the second collaboration model with TOM’S, following a two-year hiatus. The base model for the ECB-10TMS is the ECB-10, which features a Schedule Timer and other time management functions useful in races. The watch features a black color scheme accented by red Fuji gradations, inspired by the Mt. Fuji design in the TOM’S logo, on the inner edge of the bezel and inset dials. 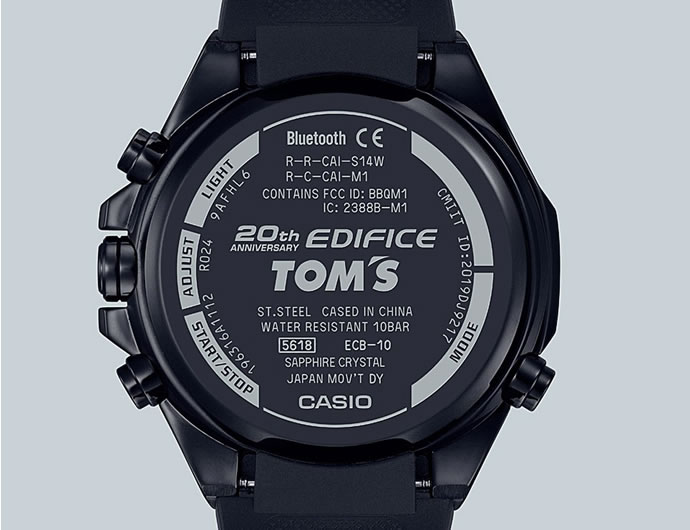 A further design accent is the TOM’S logo inscribed in the inset dial ring, shaped to evoke a brake caliper* on a race car. The face design is inspired by the world of motorsports, with details such as a carbon fiber dial that evokes carbon fiber’s favored status as a material for race cars. 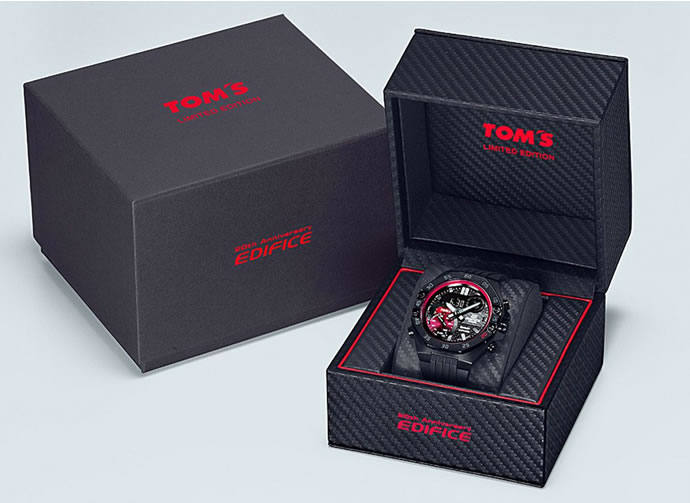 Founded in 1974, TOM’s has carved out a reputation as a leading racing team in the motorsports world, having built an impressive track-record. In 2019, TOM’S driver Nick Cassidy won the Super Formula championship in Japan, locking in TOM’s position as one of the top racing teams in Japan. Through the EDIFICE brand, Casio has been an official partner of TOM’S Racing Team since 2013.

To celebrate the 20th anniversary of EDIFICE, the 20 inscription on the bezel is highlighted in red, while the case back is engraved with 20th Anniversary EDIFICE. These details make the ECB-10TMS a special watch worthy of an anniversary model.