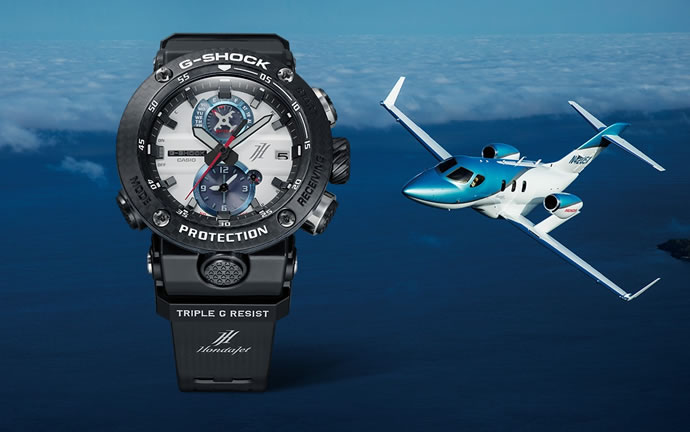 Casio Announces New G-SHOCK Model Made in Collaboration with HondaJet

Casio announced today the release of a new addition to its GRAVITYMASTER series of aviation concept watches -the GWR-B1000HJ inspired by the design of the advanced light business jet HondaJet Elite. The HondaJet Elite is the world’s most-delivered light business jet in its class. The new Casio collaboration model is designed under the direct supervision of Michimasa Fujino, the President and CEO of Honda Aircraft Company, who was also in charge of the design and development of the HondaJet. Of particular note is the indicator at 12 o’clock which is in the form of a HondaJet. The design of this indicator was taken directly from one that was sketched by Michimasa Fujino himself. 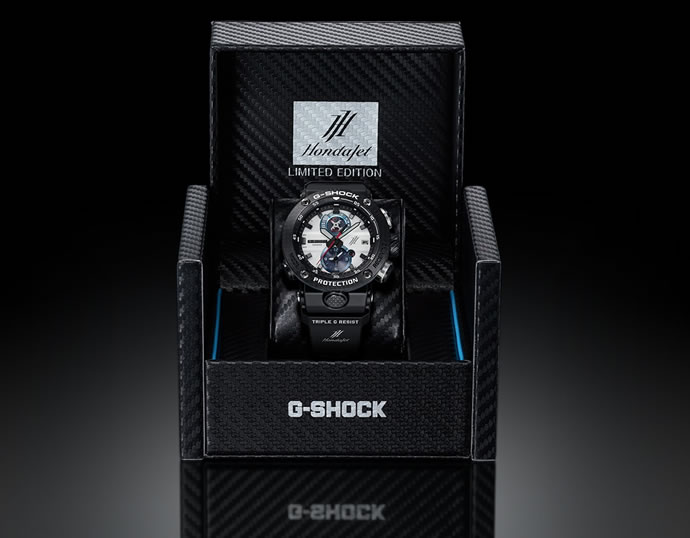 The curved-knurl finish on the watch crown was inspired by the shape of the HondaJet engine fan blade, while the button pipes at the 2 and 4 o’clock positions are mirror finished, just like the jet’s engine cowling. The HondaJet logo can be found on the watch dial, crown, and bands. The upper watch band conveys the aircraft’s best-in-class flight performance in details. The base of the band on the 12 o’clock side lists the flight specs of the HondaJet (MCS: Maximum Cruising Speed, MOA: Maximum Operating Altitude, RANGE: Flight distance). 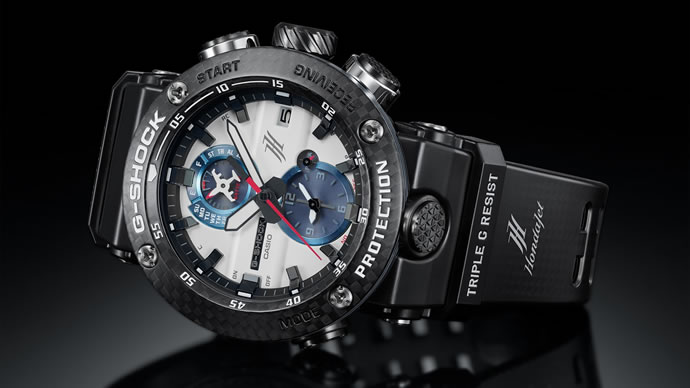 Casio watch designers visited the United States to see Honda’s latest aircraft, the HondaJet Elite. Inspired by this visit, they faithfully captured the jet’s white base and metallic finish and applied these colors to parts such as the watch dial and logos. The design reflects many aspects of the HondaJet worldview. 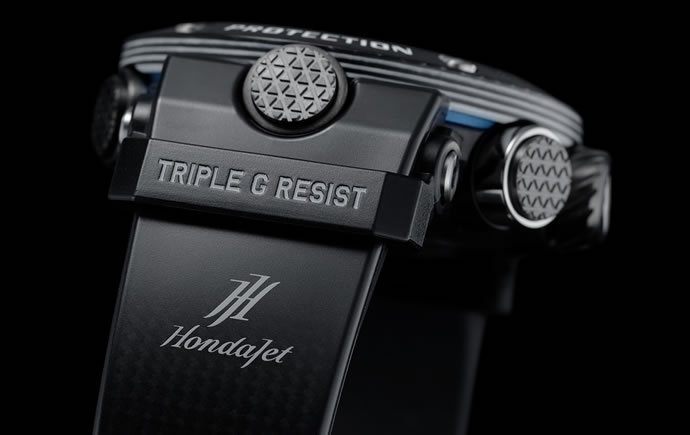 The base model is TRIPLE G RESIST GRAVITY MASTER with carbon core guard structure and the ability to withstand the three gravitational acceleration forces of impact, centrifugal force, and vibration. The carbon monocoque case of the GRAVITYMASTER creates a design that is tough, yet lightweight, while carbon composite materials and monolithic molding enable durability and lightweight characteristics made possible by HondaJet innovations.

The new GWR-B1000HJ   watch features an innovative shock-resistant Carbon Core Guard structure that makes the most of the shock resistance, stiffness, and durability of carbon fiber, a material also employed in aircraft fuselages. This special collaborative model resonates with the pursuit of toughness and the world of aviation. The base of the band on the 12 o’clock side lists the flight specs of the HondaJet (MCS: Maximum Cruising Speed, MOA: Maximum Operating Altitude, RANGE: Flight distance). 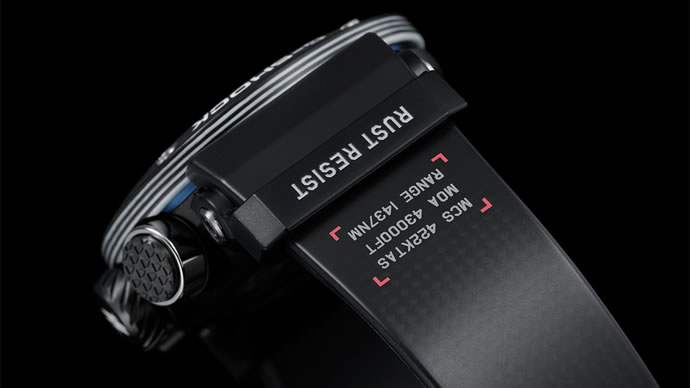