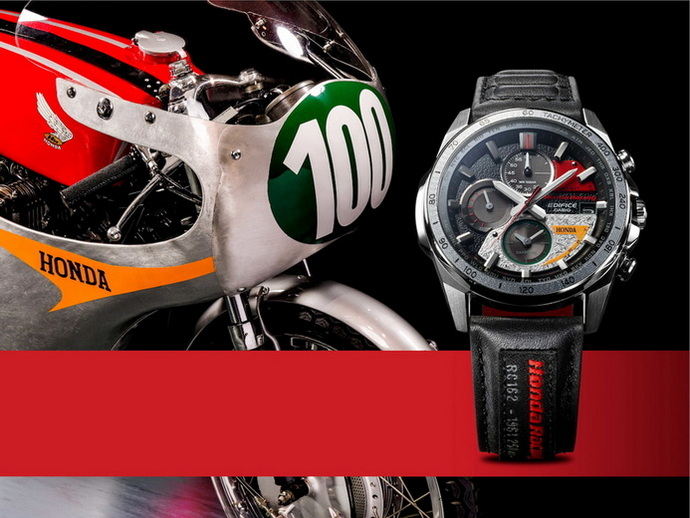 Casio announced today the release of the EQS-930HR, the 5th collaboration model with Honda Racing in the EDIFICE line of high-performance metal chronographs based on the brand concept of Speed and Intelligence. Honda Racing refers to the motor sports activities that Honda Motor pursues around the world. The collaboration between Honda Racing and EDIFICE, both of which have origins in Japan, has evolved since 2018 from a shared dedication to leveraging high-tech capabilities in their global pursuits. 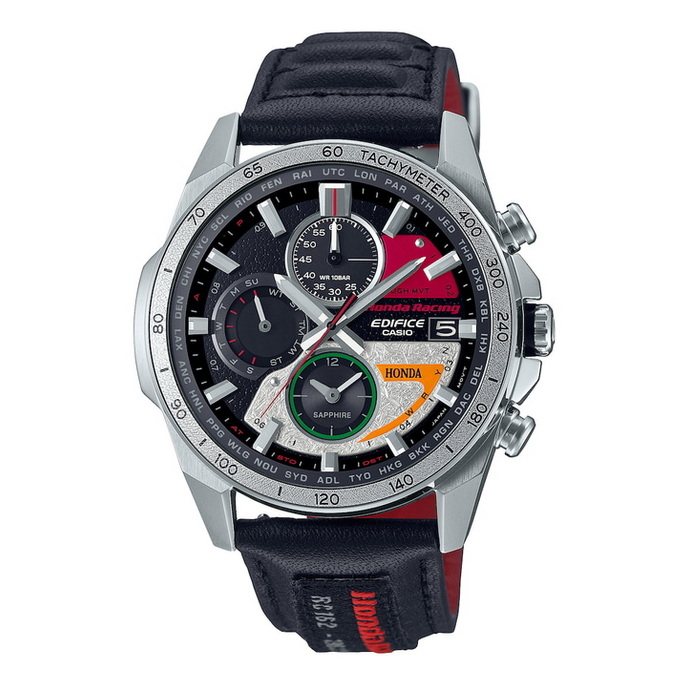 The year 2021 marks the 60th anniversary of the 1961 Honda victory in Round 2 of the 250cc Grand Prix in West Germany, where Kunimitsu Takahashi became the first Japanese rider to win a motorcycle road racing world championship. Designed to evoke the classic Honda RC162 bike that powered Takahashi to victory, the EQS-930HR pays homage to this historic feat. 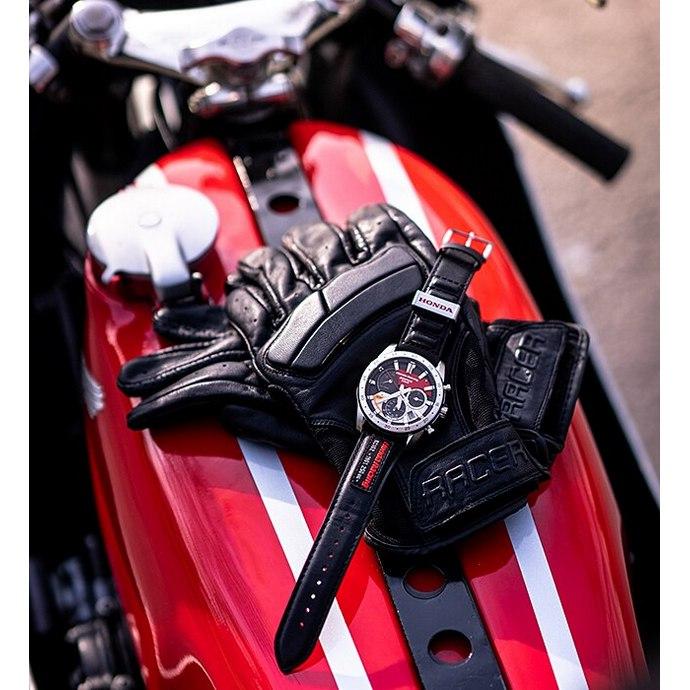 The watch’s bezel and dial feature special processing to evoke the bike’s hammered aluminum fairing. The black dial is accented with red inspired by the RC162’s fuel tank, and silver, the color of the bike’s body, and it is emblazoned with the striking yellow line motif and Honda logo as it appeared in 1961. The genuine leather band calls to mind the racing suit to evoke the scene of the legendary race. 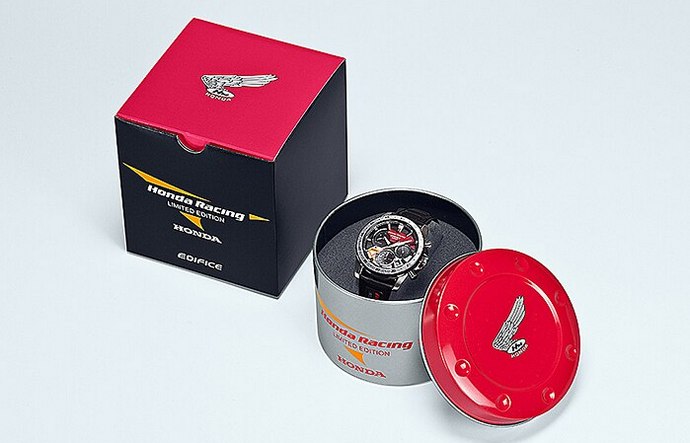 This new watch is based on the EQS-930, with its innovative sharp and sporty form. Like the EQS-930, it employs Casio’s innovative shadow-dispersing solar cells under the inset dials to make sure that the smaller amount of light that gets through the design-packed dial is still plenty to power the watch for stable operation and great efficiency.