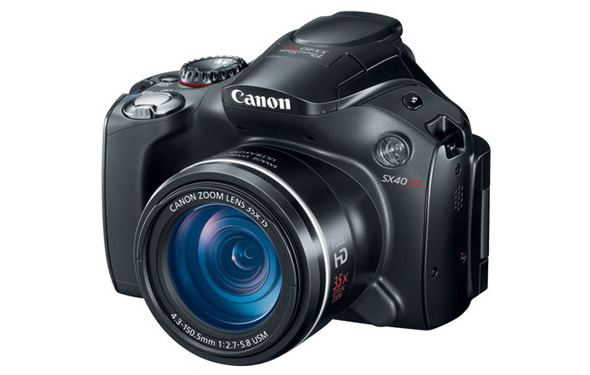 The SX30 has been no stranger to us. Now we’re looking at the SX40, a version of the same that looks pretty much the same but offers more. The latter is blessed with a 12-megapixel backside illuminated image sensor and a DIGIC 5 image processor. Among the more awesome features is a 35x zooming capability and a quick 8fps burst mode with ISO sensitivity that can go be expanded to 3,200. It can capture good videos too. And by that I mean 1080p HD shots at 24fps.


One of the strengths of the camera is low light shooting while in dark areas whereas a major con is the treatment of RAW files. $729.
CNet