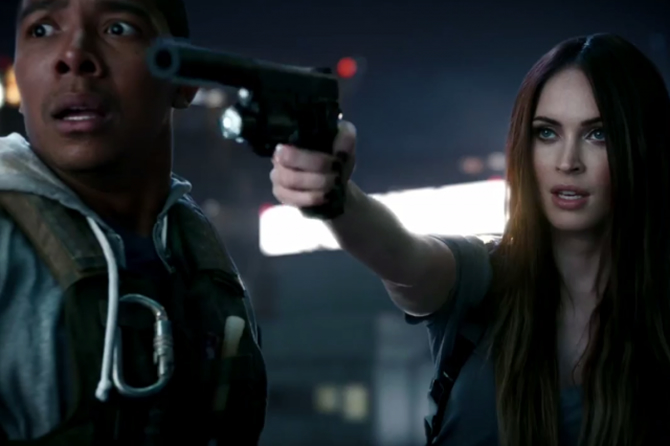 Call Of Duty: Ghosts commercial shows but a few glimpses of Megan Fox

It’s so long we’ve wondered how Megan Fox would fit into the all new Call of Duty: Ghosts ad, but well, there’s finally something to see as visual proof and well, it features the lovely lady in all her wholeness. There’s a new video up there that showcases all the new features of the game in a pretty cool promo video. The game features a German Shepard named Riley as well and it so happens that he hogs up more footage in this commercial that one of the world’s most sexiest women. Her inclusion in the promo lets users know and remember that this version of the famous CoD franchisee allows you to play as a female soldier.

All said and done, she is on screen only for 15 seconds. Not done, one would say. But well, there’s a gamer in her may be. And I’d like to take her on.