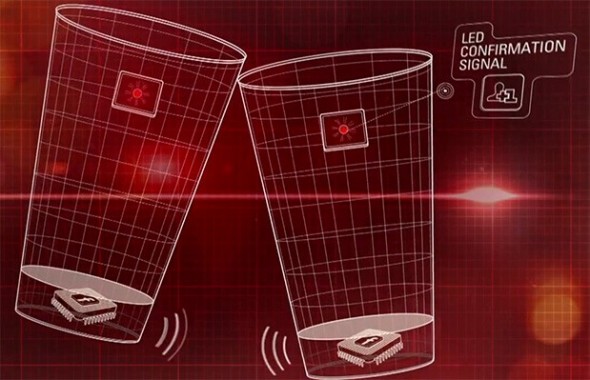 Budweiser goes one up against Heineken with Facebook-connected Buddy Cup

We were all raving about the exciting concept that Heineken teased us all with. Bottles that lit up interactively, bringing the life of the party right out of the brilliant beer. Now Budweiser seems to have raised its level of smart drinking, with the introduction of the Buddy Cup. Agencia Africa and creative studio Bolha are the agencies that have lent the brains behind this cool concept. So what does it do? Well these cool cups allow drinkers to toast with each other over Facebook. This mighty feat can be achieved by clinking their respective glasses together in the customary cheers. An LED lights up as soon as the ‘cups’ come into contact. The LilyPad-based mugs are linked to users’ Facebook accounts by scanning a QR code underneath the glass with an app from Bud.


Applicaiton-wise, the ‘Buddy Cup’ will find its use at concerts, festivals and gettogethers, which are sponsored by the beer manufacturer. That’s pretty much what the whole aim of the endeavor could be defined to be. Bringing strangers together over the ‘King of Beers’.