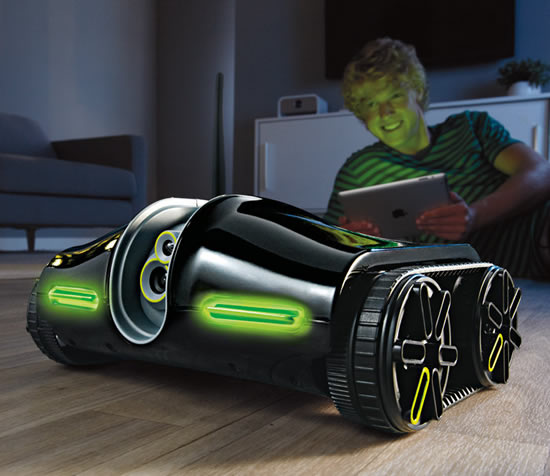 Brookstone Rover 2.0 tank is controlled by an app

A roving bot is good, stealthy and completely discrete in its approach to all things good and wrong. Why not play cool and get one for yourself? The Brookstone Rover 2.0 can be steered using an iPhone or Android app that comes along with it. The tank has a built-in camera that records video as well as audio. You can get serious by uploading some rather well-spied videos on social networking websites. The bot can be controlled from up to 200 feet away, sans obstructions. The Rover connects to the controlling station by using Wi-Fi.


This is a sequel to the original Rover. It betters it by being 25% faster, adding a new wide-angle lens, an adjustable camera and an ability to toggle the headlights off. Pre-order it for $150. It will be released in October.