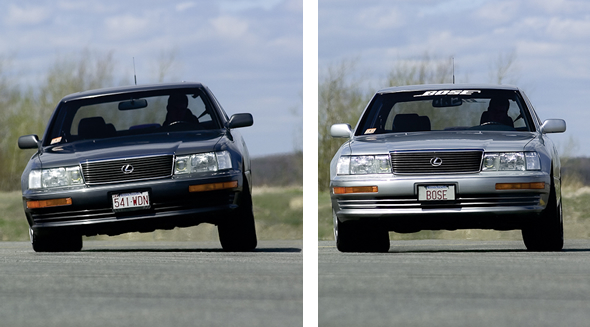 Amar Bose, founder and chairman of Bose Corp. passed away last Friday at his home in Massachusetts. Acoustics pioneer and undoubtedly one of the leading visionaries of our time changed the way we listen to music. Bose Corp is best known for its premium quality audio systems and headphones, but Mr. Bose had envisioned an automotive suspension system that could have completely revolutionised the car industry. Back in 1980, he started working on a system that was capable of striking the optimum balance between ride comfort, control and performance of the vehicle. What he came up with, known as Bose Suspension System, was a technology that was pioneering and unknown to the industry.


Think about it how awesome it’ll be to be able to drive hard over bumps without feeling a thing and also throw the same car to corners at silly speeds without any body-roll. In a car with normal suspensions, even the thought is pretty scary as it’ll end up in a bad crash. In this system, each wheel is fitted with a linear electromagnetic motor which works individually and can actuated independently as a response to counter the effects of bumps and corners. A sensor fed with a complex algorithm controls the system by striking a perfect balance.

A similar system known as Active Suspension, though much more complex, was used in the 93 season of F1 by the Williams team. Alan Prost obliterated his competitors with the same car, which made authorities ban it calling the system as a driver aid. In 2011, Bose Corp demoed the system in front of the world which awed everyone. But there were a few issues with it, namely the high cost of the system, power hungry motors and excess weight. It’s a shame that things got a little slow ever since and now that the company’s patriarch is no more, in all probability it’ll be scrapped forever. Watch the product video, you might have never seen something like this. It almost looks like the man driving the Lexus with Bose Suspension System is on a virtual simulator. 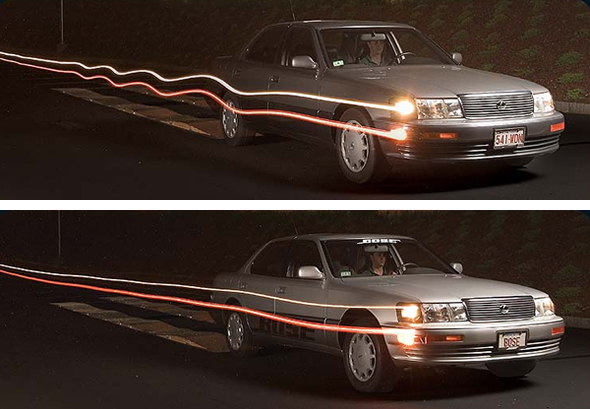