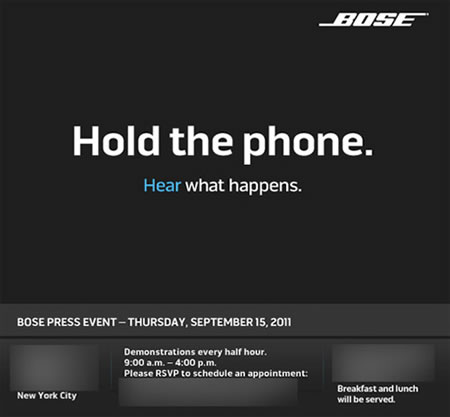 Couples of sources suggest that Bose is probably prepping up a new wireless audio system by the name Chihuahua. The nomenclature did leave me with raised eyebrows and I looked up only to find that it’s the Spanish equivalent for ‘the smallest breed of dogs.’ Best Buy’s roadmap also speaks of it and in-store display documents calls this device as an ultra small wireless MP3 docking station. So now we at least know the story behind the weird name.

This one will be competing with Sonos and Airplay, as well as other systems from the OneCall wireless home audio system selection, and also might be compatible with the company’s SoundLink technology. Just like its competitors, this one too will sort of beam music wirelessly from a USB dongle to an array o Bose products. Best Buy will have this on their shelves on October 15th but we don’t know how much it is going to cost.