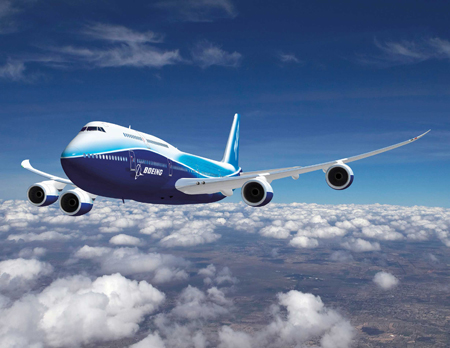 It’s been a while since we saw something roll out in bubble wrap from Boeing’s designers and just when we’d given up hope of seeing anything new spring out, the aviation giant pulled the veil off its newest air-craft, the 747-8 Intercontinental. Lufthansa Airlines is now the first airliner to own one of these with orders for 20 more already in place. Also, in all, Boeing has received 130 orders for the new aircraft with the plane itself sporting 92 seats in business class, 258 in economy class and eight for first class. As for Lufthansa, the airliner plans to replace all of its current 747-400 aircraft with the next generation 747-8 with five being added each year up till 2015.