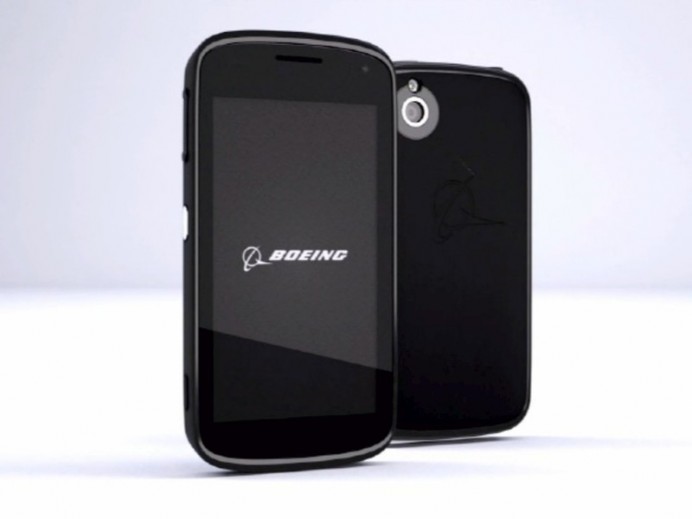 The first time I Saw Mission Impossible 2’s opening sequence where Tom Cruise gets a secret message delivered through a self destructing eyewear, the first question that popped in my mind was that does a real life secret agent get to play with such uber cool gadgets? Might be not, but here’s a similar self destructing smartphone made by Boeing which destroys itself if someone else tries to access its data or crack it open. Boeing’s concept mysterious smartphone was leaked back in 2012 but it took them more than two years to officially announce the device. Named the Boeing Black Phone, the device is aimed at defense and security customers, and though a lot of the specs have still been kept secret, all we know is that it has a host of security features to keep the data safe from getting into wrong hands.

As far as the specifications and the looks of the device are concerned, the Boeing Black Phone looks outdated. It’s not only bulky but has dual 1.2 GHz ARM Cortex-A9 CPUs and a 4.3-inch display with 540 x 960 resolution. It runs on Android, though Boeing didn’t mention which version, and all the data stored in the device is encrypted. But the most interesting feature of the device is the security trigger that destroys information stored on the phone in the event that someone tries to crack the case open. The smartphone is completely sealed and any attempt to tamper will trigger the safety mechanism. But Boeing for obvious reasons didn’t explain how the mechanism will work. Boeing hasn’t revealed the pricing or the release date for the Black Phone but announced it will be out soon.